increase in cost-effectiveness of medications

The prescription for rehabilitating anesthesia services at Saint Vincent Hospital was reducing costs and increasing revenues while maintaining the high quality of care provided to patients.

Under the contract, which went into effect in July 2014, NorthStar employs the 11 anesthesiologists and 45 certified registered nurse anesthetists who provide anesthesia services at 21 points of care, such as operating rooms and ambulatory surgery suites. NorthStar uses a care team-based model under which anesthesiologists oversee the work of up to four CRNAs per shift to administer anesthesia during 16,500 surgeries and 3,000 obstetrics procedures, includingepidurals and cesarean sections, per year at the 283-bed facility.

When NorthStar took over responsibility for anesthesia services, the company’s managers focused on two opportunities to improve daily operations at the hospital:

To improve both the culture and operating efficiency in anesthesia services, NorthStar implemented numerous changes in the way the hospital managed anesthesia medications and supplies.

First, NorthStar managers educated anesthesiologists and CRNAs about the need to think about the value— the cost and quality—of the anesthesia supplies and medications that they use every day. “It takes leadership, and showing everybody that they should be thinking about the cost structure. This isn’t a decrease in patient care in any way. It is an improvement in patient care,” Cook says.

For example, NorthStar’s clinicians now use propofol rather than remifentanil, a narcotic, to sedate patients for many procedures, particularly in ophthalmology and gastroenterology. Cook says propofol is less expensive than remifentanil (about $2 per surgical case versus about $10 per surgical case) and also typically does not cause nausea and vominiting, whic are common side effects from narcotics.

Second, NorthStar adopted standard processes to control how anesthesia services adds new supplies and medications to its inventory. Under the former processes, staff members contacted pharmacy or materials management any time they wanted a new item added to inventory. Under NorthStar, those requests are first evaluated by the chief anesthesiologist and chief CRNA and then brought before the whole group to discuss.

On the revenue side of the equation, NorthStar’s managers persuaded Saint Vincent’s executives to invest in in 21 automated medication dispensing systems for anesthesia — or one for each point of care. The automated dispensing systems include a cabinet to store enough medications for a full day of surgeries and a computer workstation. To unlock and remove medications from the cabinet, anesthesiologists and CRNAs must first assign them electronically to a specific patient.

In the past, Saint Vincent had not billed patients or their insurers for anesthesia medications because the hospital did not have a reliable way to track what medications were used for which patients. “They were just losing money on every single case,” Cook says.

Third, NorthStar managers worked with their counterparts in Saint Vincent’s pharmacy and materials management departments to standardize on the most cost-effective and high-quality medications and supplies. Some examples include:

The changes in drug selection, use and billing protocols have produced significant results. For example, NorthStar improved annual savings for the hospital of approximately $500,000 by reducing the numbers and types of anesthesia medications and supplies in inventory.

As Saint Vincent adapts to new value-based reimbursement models that pay for services based on outcomes rather than on the volume of those services, improving operating efficiency in anesthesia services is becoming even more important than it was in the past.

Interested in improving the operational efficiency of your anesthesia operations by standardizing drug practices?

To pay your bill, click on the invoice that looks most similar to your invoice. 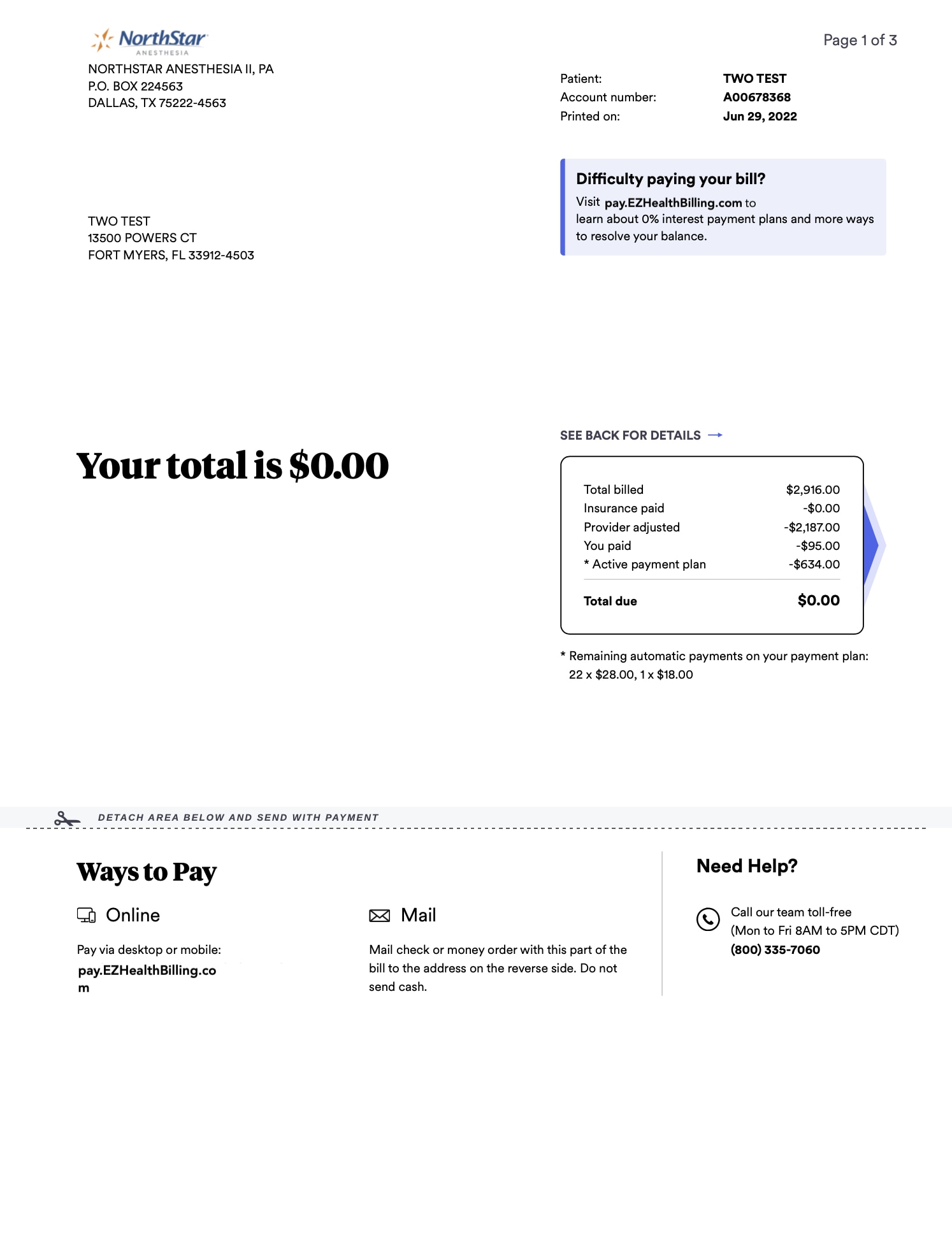